We’re delighted to announce that the trident of the Britannia statue atop the Old Academy in Rose Street, Perth has been reinstated thanks to financial support through the Perth City Heritage Fund. 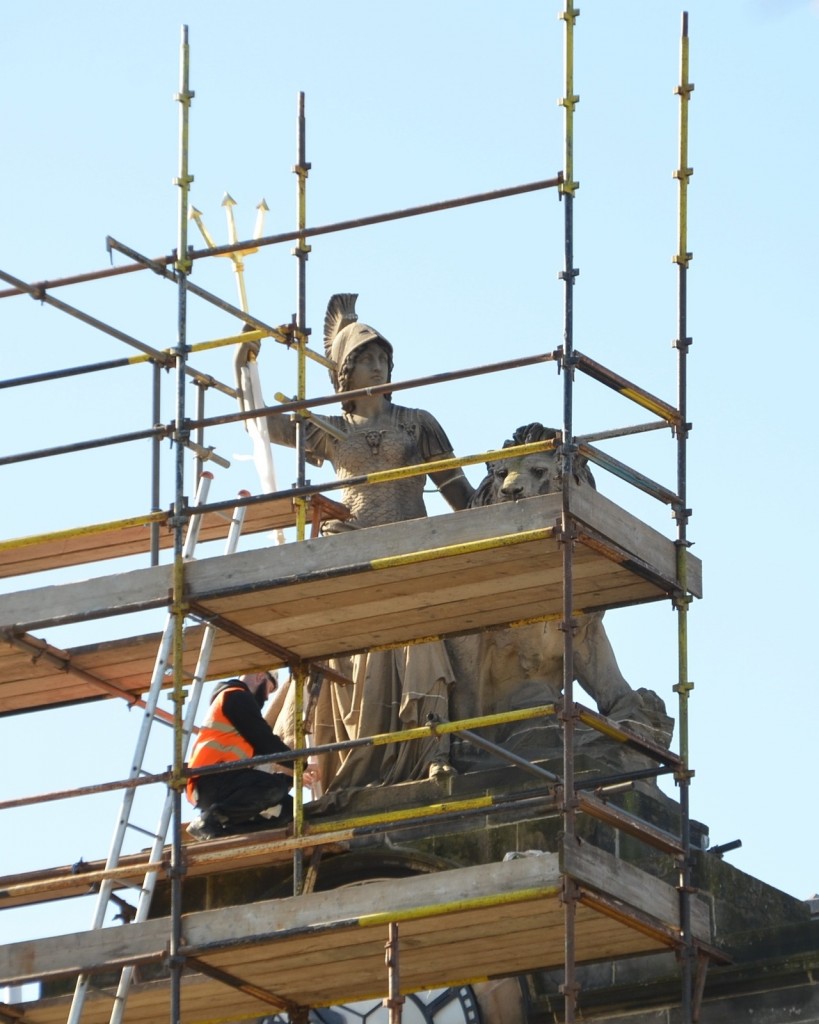 The Britannia Statue atop the Old Academy, resplendent with new trident

The Old Academy was built between 1803 and 1807 as the Public Seminaries to house Perth Grammar and Perth Academy together in a suitable new building. Robert Reid, the Architect (1774-1856) was the principal Government architect in Scotland in the first half of the 19th Century and designed many important government buildings of the period. The building was always intended to be topped by sculpture, but the statue of Britannia with a lion was only added in 1886 and was sculpted by William Birnie Rhind  ARSA, RSA  (1853-1933). 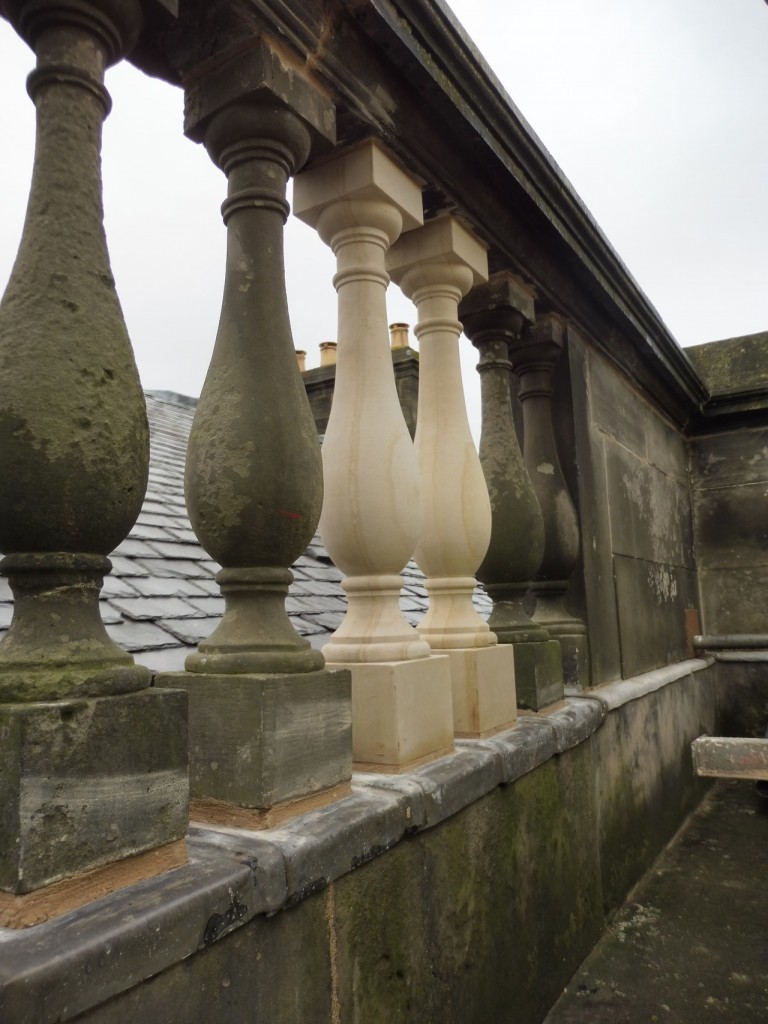 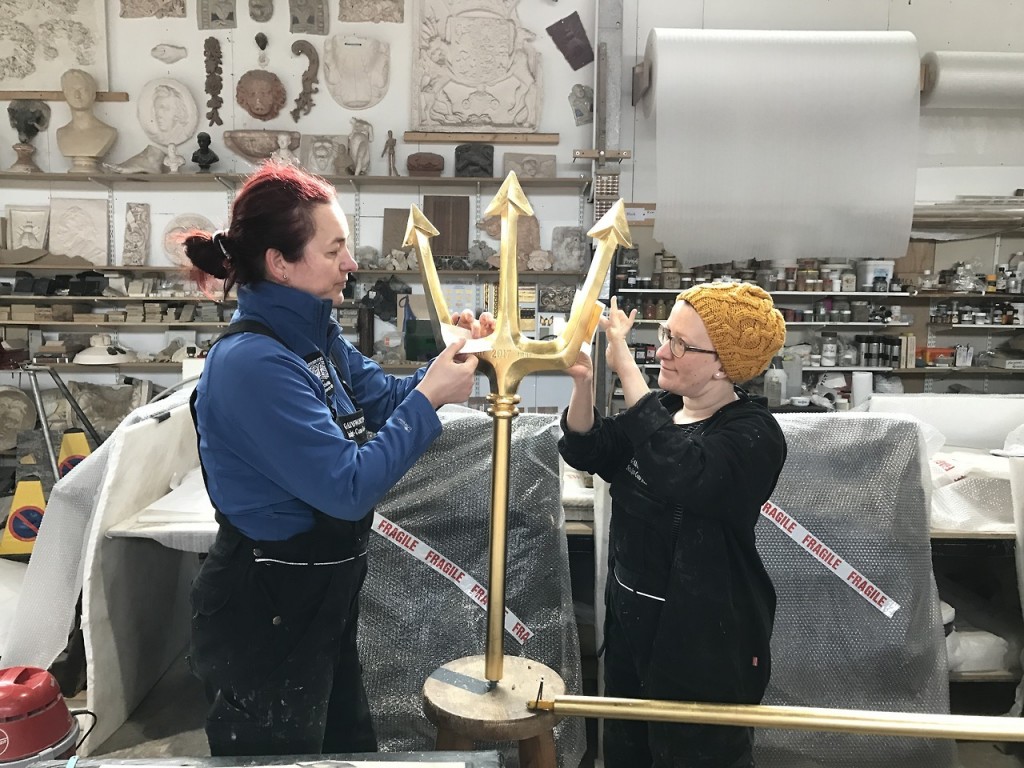 The owners of the Category A listed building were offered a grant from the PCHF to assist with the cost of essential repair work to the leadwork and balustrade and to conserve the statue. The roof repairs were carried out by Ardle Construction Ltd in late 2015, a Perthshire contractor who are specialists in repairing historic buildings using traditional building skills and materials. The conservation of the statue was carried out by sculpture restoration and conservation expert Graciella Ainsworth.  Csilla Karsay modelled the trident prior to the aluminium casting, then once the metal was primed with two layers of undercoat and two layers of yellow primer, she and Ellie King applied two layers of extra thick oil gilding. 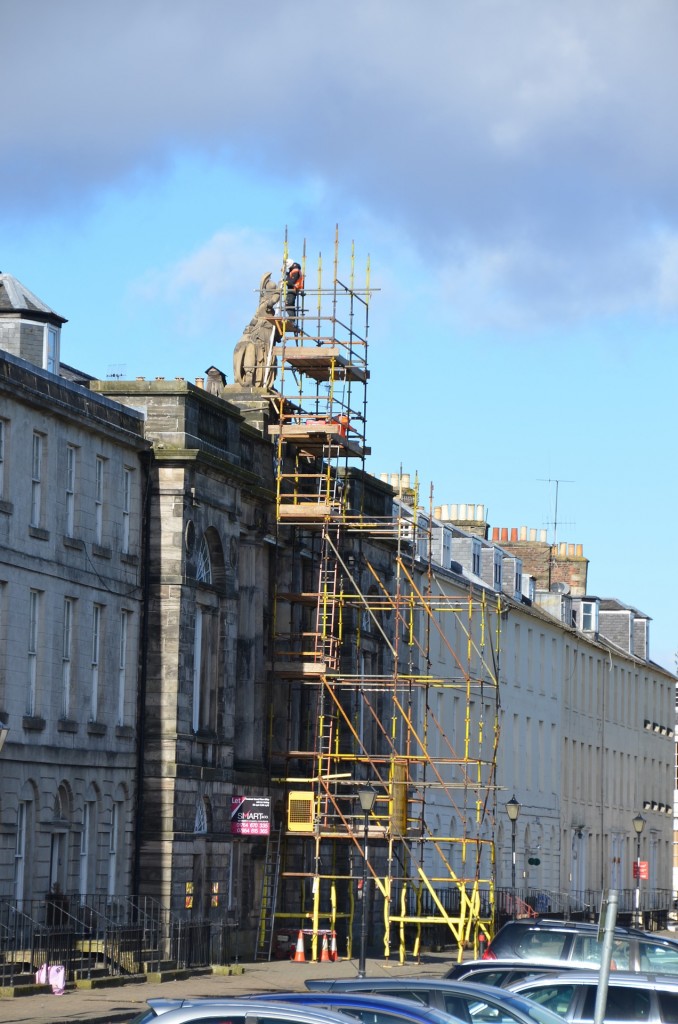 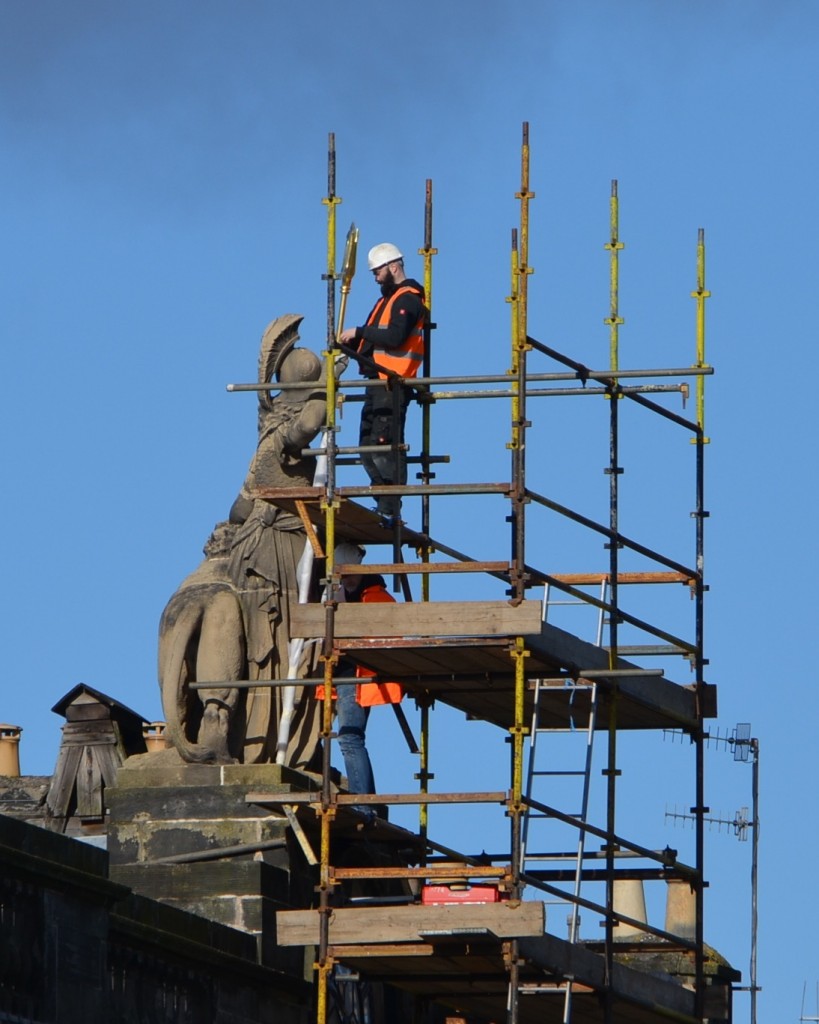 Installation of the completed trident by Wil Collier and Jonathan Leburn

After more than half a century of absence, Britannia once more pierces the Perth skyline with a resplendent new trident. Graciella and her team’s fine work can best be appreciated from the North Inch on a clear day as the sun reflects off the gilding.

Back to News and Events
Shopping cart
There are no products in the cart!
Continue shopping